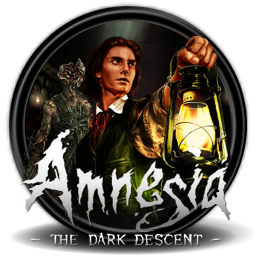 A Subreddit For Pigs

Everyone, please welcome Frictional Games as new moderators of this sub!

Will the next Amnesia make use of the PS5’s Tempest engine?

9
2 comments
2.8k
promoted•Posted by1 month ago
Comments are locked

Do you guys think Amnesia: Rebirth will still launch this year?

I pooped a little...

Horse chase but with appropriate music

Scariest shit the world has ever seen.

Thoughts on the Penumbra games?

As they were the precursor to Amnesia and share similar gameplay, I've been meaning to play them for a while. Just started Overture recently, finding it pretty clunky control-wise and the dogs are hard to avoid/kill, but going to stick with it because of how much I like Frictional's atmospheres and storytelling.

Black Plague looks to be more on par with Amnesia. I've read that Requiem is a puzzle game with no enemies, is that true and is it still worth playing?

Hi I was wondering if some of you could recommend books or other art having that similar mysterious and gloomy athmosphere as Amnesia has. Late 19th century, east central europe... all that good stuff

A subreddit dedicated to the popular horror game Amnesia: The Dark Descent, Amnesia: Justine and the sequel, Amnesia: A Machine For Pigs.
2.4k