Does anyone else here hear voices just before falling asleep?

Just wondering if anyone else here hears voices before going to bed here? I always describe this to other people irl and they have no clue what I’m talking about. For the record I’ve recently have come to the conclusion that I might be part of a system and only am now aware of this factor since October of 2019.

Another trigger warning here: Mentions of abuse, but not in detail. I'm part of a newly discovered Osdd-1b system, and even though I recently started accepting what having a complex dissociative disorder implies, I just can't help but think that "my trauma wasn't bad enough to cause Osdd". I do have sexual trauma, but it wasn't persistent over time. I did witness a lot of violence and I know I am an emotionally parentified child, and I know I had a disorganised attachment, specially to my mother. The thing that was repeated was emotional abuse. Sometimes it scalated to physical abuse. I don't know what else to say, I dont want to share details about the abuse, and I can't really put words to it either.

How do I tell when I'm in the inner-world?

外围体育投注I'm the host of our system and so far I haven't really had a good time trying to reach the inner-world, I know there is one because other alters have described it and even made maps.

I'm sorta confused though, sometimes when dissociated I can sort of picture myself being there but it doesn't feel like reality and most of the time I can snap out of it pretty easily, I don't usually have any memory during the time I switch out, sometimes i'll remember hearing voices of alters and at times I can see them in small environments like rooms but I can't really interact at all.

I don't really know what the inner-world is meant to be like, is it meant to feel like a real-life place or is just a place you picture yourself being? Some alters say they experience it as pretty real but i'm still not convinced.

Is there anyway I can't get closer to the inner-world, or experience it better? I think being there would really help with communication.

外围体育投注So our system has a few friends who know about the existence of the system (and accept it). However, the system doesn’t really feel comfortable/find it necessary to tell them “hey I’m ____ so please call me by my name instead.” Is that crazy to think?

外围体育投注We’ve also considered getting designated wristbands with our different names on the inside so we can change them when we switch. That seems like a more comfortable route for us to take instead of being overt with our DID

外围体育投注I have a simple question, I have a few personalities who talk to me. Like evy and Atreju. Now there is one thing which is with me for a long time. Background information: I have schizophrenia additional to did. It is a plushie who has a voice and a personality. And recently I recognized their voice feels like a did voice not like a schizophrenia one. And now I wonder if a personality can think of themselves as plushie and act out as if it was a plushie.

Metaphorical Ages AKA Should We Keep This To Ourselves

Even after explaining metaphorical ages to "professionals" they continue to treat us all like we're 8. The host picked that because that's about the age they realized they weren't exactly alone in their head, it's part of their enneagram tritype that people try to change the most, and they "would rather be childish than something they're not". Which I get, but it leads to anyone we've tried to get help from treating us like a child when no one in the system is actually a little. They say that's proof they're putting their own opinions on what we are OVER any attempts to actually help us, and won't discuss it further even with others in the system they're closer to.

The thing is; We need help with things like ADHD, OCD, agoraphobia, and relating to other people. These people were helpful in at least one aspect before the multiplicity was brought up, after which they'd want every session to revolve around that to the detriment of any other need. Because of our insurance, we cannot get different therapists because we share a body.

I don't think Alex is wrong, necessarily, but because of our location and coverage, no one actually qualified to deal with the full scope of our issues is able and willing to see us. Plenty of people are qualified and able to help with anxiety and ADHD, in fact many lifesaving suggestions we've implemented came from people with zero idea of our multiplicity.

外围体育投注What should I do? Keep looking after we've moved to another state? Try to redirect therapists that do that thing? Abandon an idea the host holds nothing but contempt for? Something else?

What can I do to get used to a friend's alter?

I have an online friend who has OSDD. They usually have one person that talks on the service we use, but sometimes another alter will talk and, to be honest, it is jarring every time it happens. Maybe my head is sub-consciously keeping track of the messages I get and think "Okay, so this is X talking", but then they switch and it gets me every time.

They don't know this happens, and I would like to keep it that way. I want to be a better friend, and I want to stop feeling so horrible about this, so I want to start by getting used to their alters.

What can I do to better prepare myself for when they switch and to get used to seeing their alter message them?

Also, the service we use has other systems that use it too, but I'm used to their switching so it doesn't bother me. I don't know why it bothers me when my friend in particular switches but hey, that's why I'm asking on here.

I don't mean to offend anyone. This is an honest attempt on trying to become better friends with a system, so if I accidentally get anyone mad or upset at this I am so, so sorry.

I don’t think I have DID?

Hello. 4 years ago I was diagnosed with PTSD, Depersonalization/Derealization, Depression, Insomnia, and DID.

外围体育投注For as long as long as I can remember, I’ve dealt with: Out of body experiences, as if I’m watching myself in 3rd person Often feeling that my reflection feels like a stranger, not me The feeling that nothing is real, (although I know that’s not the case, I just can’t shake the feeling when it comes on) Getting into states where I cannot feel physical pain, or even emotional pain. Just nothing

Growing up with these feelings was scary, and I was worried I was going crazy until I found out about Depersonalization/Derealization.

During the darkest part of my mental health journey, I was experiencing intense depersonalization/Derealization. I had lived in Denton, TX for 10 years and I should have known the area intimately. However, at the time I was getting increasingly distressed, because suddenly it felt like everywhere I went was strange and foreign. Like I’d never been there before. I’d have friends help lead me around campus, because I was so lost. Sometimes I would find myself places without remembering how I got there. Things felt strange, I was disconnected, everything felt hazy. Fuzzy. I expressed this to my therapist, and I was escorted into a mental hospital where I stayed for a month? I’m not sure how long I stayed, tbh.

I have very little/spotty memory of being at the hospital. I was surprised to hear that my dad visited me a lot while I was in there. He was disturbed that I could not remember. I could remember telling him on the phone that I was about to be admitted, but I do not remember him visiting me in the hospital at all. I found that a bit strange.

For the first year or so after I was released, there were incidents of my (now ex) boyfriend telling me that I would wake up not knowing who he was or where I was, and I would panic and literally attack him to get away from me. I actually did not know about this until he mentioned it 2 years later. I have absolutely no memory of these incidents, and I was really surprised when he told me. I was a little afraid, because I truly had no memory of it.

I haven’t experienced any sort of dramatic lapse in memory since then. It’s been about 4 years since I was first admitted to the hospital. 3, that I know of, without dramatic memory loss incidents. I may have general forgetfulness, like forgetting I’ve already told somebody something. Occasionally I have issues where it’s hard for me to focus and listen 100% to what someone is saying. I really don’t mean it, and when it does happen I try to make an effort to be attentive.

Welcome to /r/AskDID, the sister subreddit of /r/DID which focuses on those that wish to ask questions about Dissociative Identity Disorder (DID), Other Specified Dissociative Disorder (OSDD) etc. All content relatable to the DID experience is on topic.
4.0k

1.
This sub's focus is with DID/OSDD/DDNOS
2.
Be Respectful.
3.
Trigger Warnings
4.
No topics about writing DID/OSDD characters. 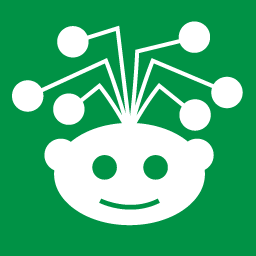 If you are concerned your content may be triggering, you may issue a general Trigger Warning外围体育投注 Post Flair.

If you would like to use spoiler tags to block out portions of text that may be too triggering, even with a warning on your post: >!spoiler text inside the exclamation points!<